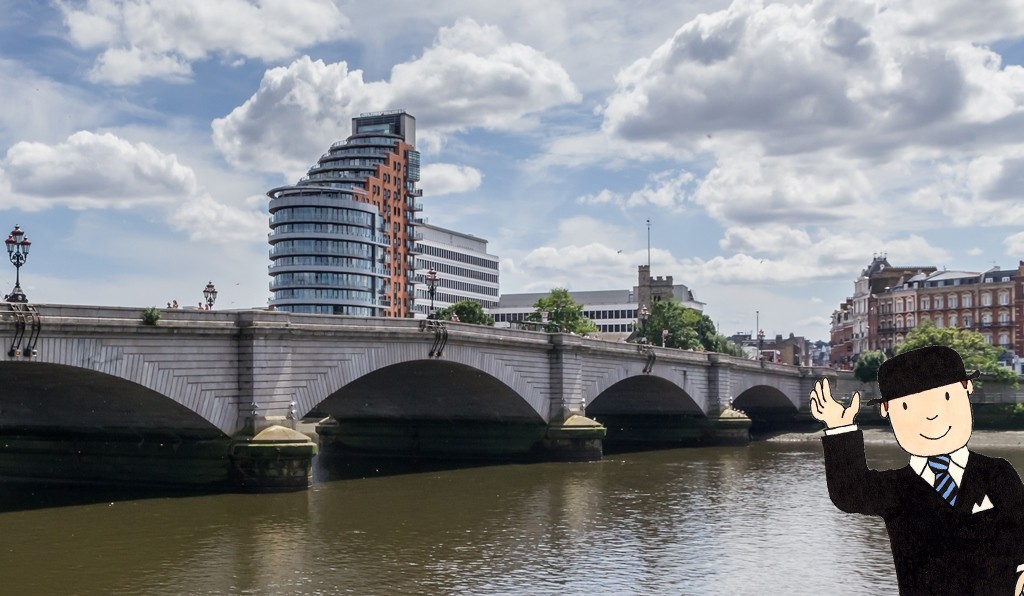 Happy anniversary Mr Benn! This year celebrates 50 years since the iconic character Mr Benn created by award-winning writer and illustrator David McKee, first appeared on our television screens. The much loved Mr Benn lived on Festive Road, and it is here in Putney town centre that all his magical adventures took place, at the local fancy dress shop. There he would don a new outfit and journey to many different places.

This summer he is here to celebrate in his hometown and find adventures in our shops and businesses in Putney. Best of all he is inviting everyone to join in the fun.

Mr Benn is an everyday hero to whom extraordinary things happen.  Mr Benn began life as a children’s picture book in 1967 which followed an ordinary man who had extraordinary adventures when he visited a magical costume shop. The book went on to be transformed into an animated television series transmitted by the BBC in 1971. The TV series became incredibly popular and was repeated regularly on the BBC for almost 30 years until Nickelodeon UK aired the series for a further 9 years until 2010.  It is now available to watch on Amazon Prime and Britbox, where it is the top rated animated programme.

Positively Putney are extremely excited to have partnered with David’s beloved Mr Benn to encourage people to explore Putney town centre and our wonderful range of businesses after a very challenging year. Mr Benn in all his different disguises will be popping up in Putney town centre this summer.

Be sure to visit Putney town centre this summer for the Mr Benn family walking tour appearing from the 26th June, featuring 16 life-size Mr Benn’s around Putney in different costumes and follow the story of Mr Benn on shop windows. Plus we will be installing some summer activities for all the family on Putney Wharf, Upper Richmond Road and Leaders Garden.

Asked about what makes Mr Benn so loved after all these years, David McKee commented “the Mr Benn cartoons have allowed people to escape to another life over the past half-century. Mr Benn endures, I think, because people like the idea of being able to escape to another life, and at their heart they are old-fashioned stories which last. The elements that make up the films – the voice, the music, the story – all simple elements that endure, good old-fashioned stories, with a good rhythm.”

Keep up to date with Mr Benn’s adventures in Putney plus hear news and updates from your local businesses by signing up to our monthly newsletter. You can also see what Mr Benn events will be taking place during summer via our events page http://positivelyputney.co.uk/events/

To celebrate Mr Benn’s 50th anniversary four original Mr Benn books have been re-published by Andersen Press, and a series of 50th Anniversary products including the brand new 50p coins from The Westminster Collection have been released.