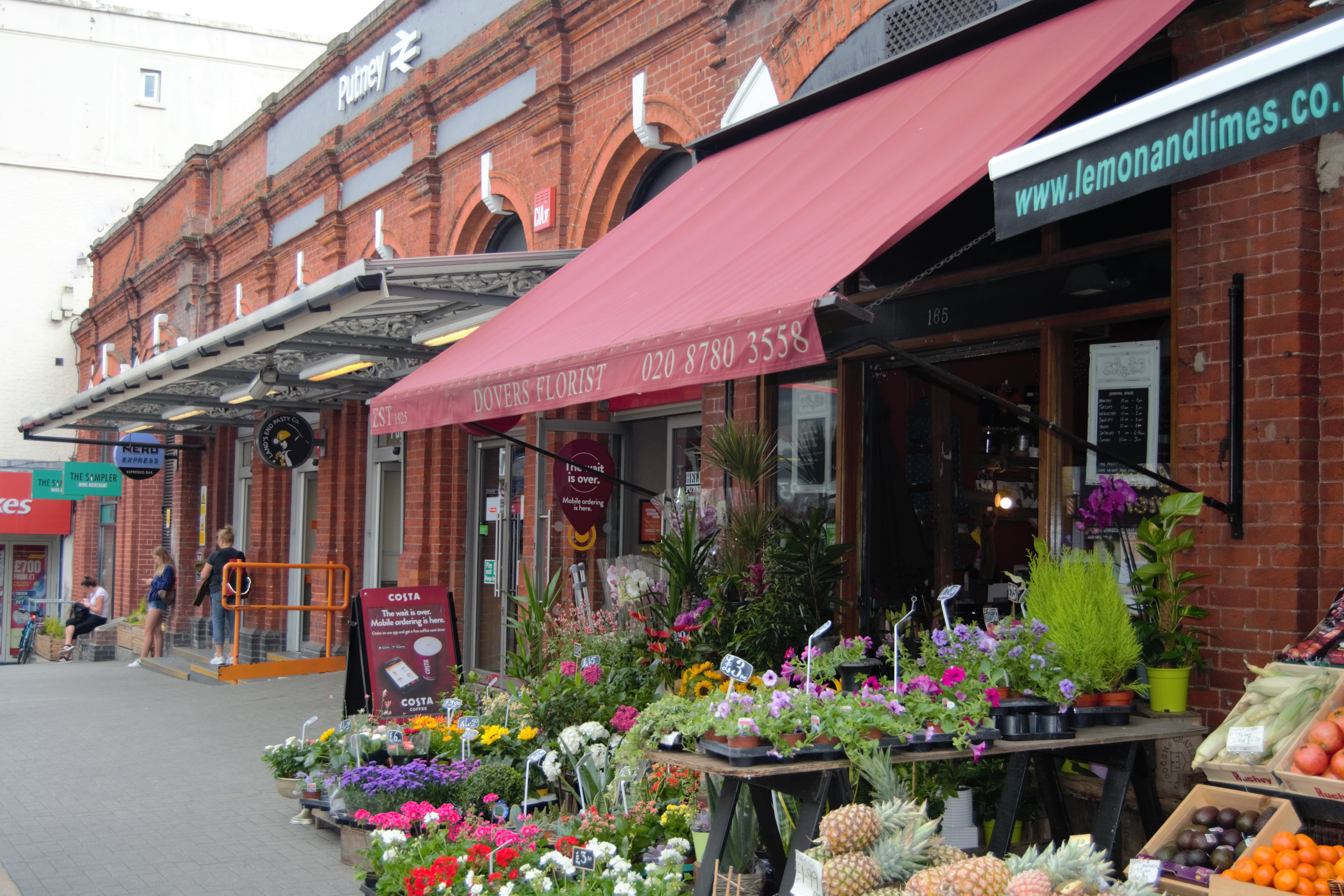 As a born and bred SE postcode girl, it’s suffice to say that before coming to Putney for four days work experience, I had no idea what delights it held for me at the end of the District line. After a week under the wing of the wonderful little team at Positively Putney, the whole experience has left me grinning and glowing with gratitude.

One afternoon, I was fortunate enough to be taken along on an amble with Liz from the Putney BID team, to take some photos and videos of Putney’s highlights, of which there are many, hence the several hours we enjoyed out of the office. We walked the entire BID boundary, cleverly signposted by the artsy Positively Putney banners that read ‘Eat Local’, ‘Shop Local’ and ‘Enjoy Local’. Every corner we turned held some building, shop or even water feature that was utterly unexpected and added another dynamic to Putney.

Londoners are notoriously unfriendly, this I know to be not so far from the truth. However, in Putney I was struck by the sense of community and harmony between all the different kinds of people bustling out of Putney Station. On Monday (my first day), my morning was graced by a very kind and complimentary barista at the Putney Pantry as I bought a nerve-steadying latte. Unexpectedly early, thanks to Putney’s excellent transport, I wandered along the embankment, stepping aside for joggers wishing me a good morning, exchanging smiles with some Dulwich College rowers and embarrassing myself crouched down and cooing in front of several dogs tottering beside their patient owners.

But my infatuation with Putney only grew during my little exploration. Putney ought to be very proud indeed of the businesses they home, including must-have major retailers in the impressive Putney Exchange, such as H&M and Accessorize, but also a notable number of whimsical independent shops that light up the high street such as Dovers Flowers and Foodilic. Those venturing into the town centre from the likes of Roehampton are spoilt for choice and it is clear how Putney High Street has continued to flourish despite the decline of high streets in other areas.

The famous Putney Bridge, East Putney Underground Station, the library and the church all made for beautiful subjects for the photos, but I was taken aback when turning corners to find these incredible feats of modern, classy architecture. The Putney Wharf hides a stunning view of the river and the bridge complete with surrounding glass buildings and snazzy restaurants such as ‘Carluccio’s’. And yet Putney still retains its character and history – my experience was definitely enhanced by my research, through which I learned that the St Mary’s Virgin Church was used during the Civil War by Oliver Cromwell, in which the ‘Putney Debates’ were held. It was easy to see why the Putney Bridge was so well known once I learned that it was built in 1856 and was a remodel of a wooden structure that had been built about 500 yards downstream in 1729. It was, however, quite disheartening to see that several back alleys were used for fly tipping and dumping, an issue that I discovered the BID works on continuously to tackle.

Ultimately, my experience in Putney, guided by the ever delightful Positively Putney team, has been very enjoyable, safe to say this SE girl has been converted to Putney, Positively.

A Whole World Ready to Explore With Mr Benn

Talking Treasure – Working Together To Help You

Do it Yourself at Home with Mr Benn

Be As Healthy as a (Knight’s) Horse

Celebrating 50 years of Mr Benn in His Home Town