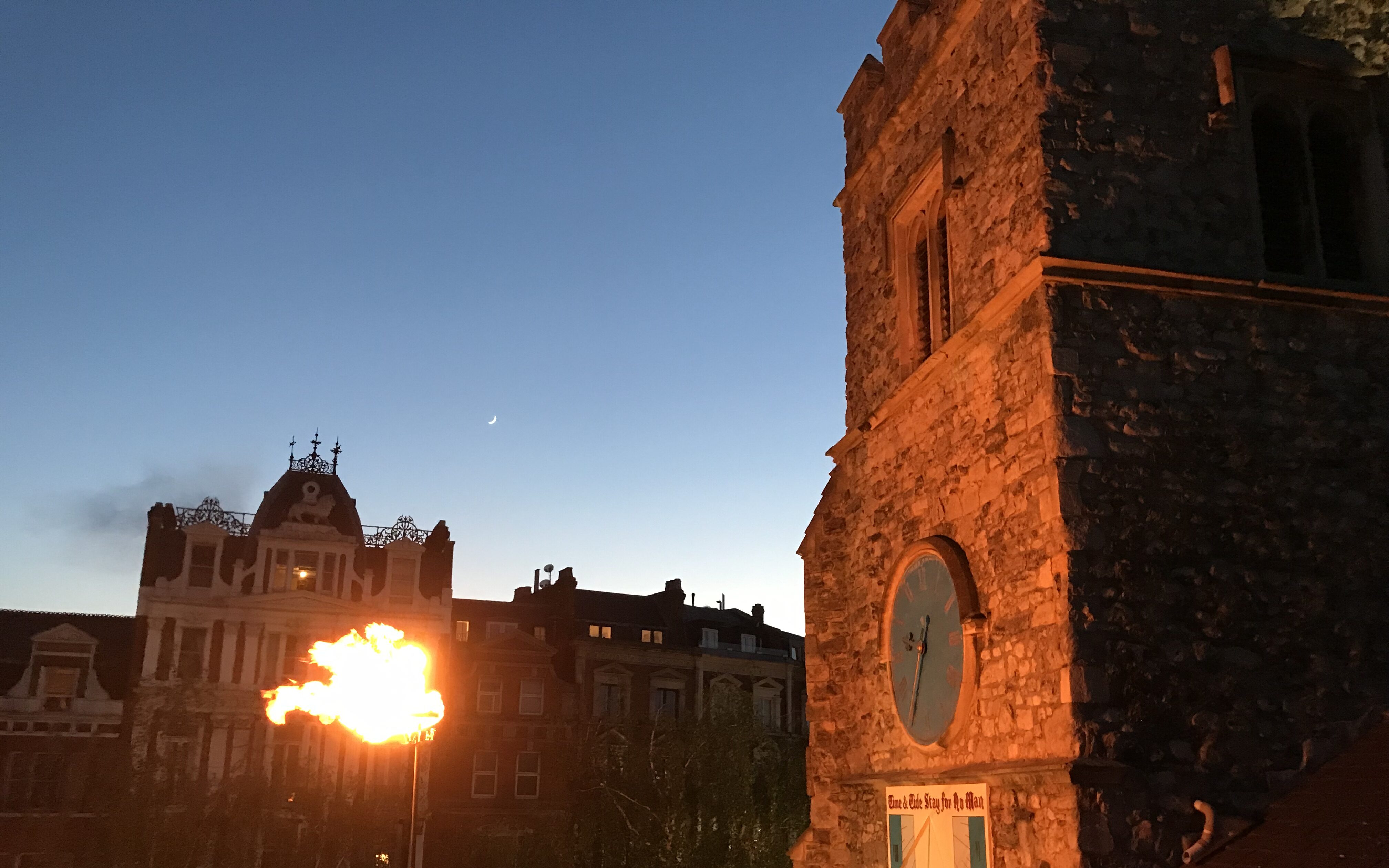 Thank you to all that came and celebrated the Queen’s reign with us on Thursday 2nd June in Putney’s Church Square. It was a beautifully sunny day and everyone was in a happy mood creating a lovely friendly atmosphere. Riverside Radio provided music and entertainment throughout the day.

The Jubilee stiltwalkers were quite a spectacle and had the traffic stopping to take photos. The Balloon modeler was a great hit and had a large queue of children waiting for him to make them a crown.

Children made Union Jack flags with the Get Set Go team, and were also able to learn some circus skills. The local scouts group were selling cakes to raise money for their 2023 Jamboree to Korea, Pets at Home were giving away various doggy treats, The Massage Company were selling the benefits of massage, and Prince of Wales were selling Pimms. Putney Pantry was open selling cream teas.

The first fire show was very popular amongst the families, and some even came back for the second later show.

The second fire show was in the dark and a really fantastic display.

We had trumpeter Lewis playing ‘Majesty’, followed by opera singer Rhiannon Lewellyn singing the newly composed song ‘A song for the Commonwealth – a Life Lived with Grace.’

The Platinum Jubilee beacon was then turned on at teh same time as 2000 other beacons around the country. Our actual light beacon ceremony was broadcast live on BBC Radio London.